Check out our GBA Ultimates!

A replacement Game Boy Color shell for your beat up and busted console.

**Our white shell is currently not up to our standards. Please expect color hues/deficiencies.**

It looks great everything was very straightforward to set up. This being my first mod i'm super happy about it. The A+B buttons that came with the shell fit a little too tight but I ended up using the OEM buttons anyway. Otherwise very happy with purchase. 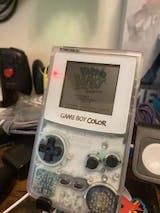 I haven't upgraded to an IPS screen yet, but these worked perfectly for housing the original hardware!

I ordered the Sapphire Purple shell expecting that it would be a beautiful shade of blue/indigo. What I got was a beautiful deep purple shell. I like the color, but it's nowhere close to what the image showed it to be. It's so inaccurate that the preview image may as well have been red. I don't expect the images to be 100% accurate, because I know how difficult it is to get an accurate picture of a clear shell with proper lighting, but it's still incredibly misleading. It would be nice if the pictures were of an at least partially assembled shell to get a more accurate result. As for the shell itself, it seems to be of very high quality.

Mine fits together very nicely with the original parts except for the battery terminals, which are very tight. If you're installing a screen mod, you will likely have more trouble getting the case to fit properly. The OEM screen works fine, but the drop in TFT screen I bought is too thick for the case to close properly with the additional circuit board. I'm not sure what the problem is specifically, and as yet I've been unable to fix it, but it's not a huge problem. I would recommend using the screws from the original case though, as the ones it comes with don't fit as well. I would also recommend swapping the screws that hold the metal shield in place, as the ones it comes with have slightly taller heads, which can cause issues when assembling the Gameboy. Swapping them out helped much more that I thought it would.

The buttons it comes with work fine as well, though mine came with two A buttons and no B Button. The issue was resolved quickly and fairly, though, so I won't knock down the score for it. Testing the buttons presented no issues at all, unlike what I've heard about the FunnyPlaying D-Pads. Overall, this is a good product, and I would recommend it if you're not planning on cutting it for another screen.

J
Johnny Quijano
It is not always the same quality 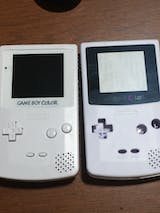