Overall works well except the touch sensor for the screen modes. It activates too easily when the system gets moved. Could use some foam to keep the screen steadier too.

This is the third IPS screen kit I’ve ordered from Handheld Legend, and they have yet to disappoint. Will purchase again.

h
hotpepperman
Not The Best LCD Kit but Acceptable

White cloud version. Had an interesting experience with this kit and only moderately satisfied. First kit was strange, it had a noticeable blue-ish hue (appears washed out) compared to other LCD kits. Found that a purple line would display in the middle of the LCD if the foam insert was installed. Upon removing the foam insert, the line disappeared. It also would get images burned in from the previous game after reset and show vertical lines on text with a high contrast background (dark text light background). Worked with HHL support and exchanged.
The second kit came with same LCD type but a different ribbon cable and maybe a different PCB too. The new ribbon has a touch pad for changing brightness as well as a retro pixel and grayscale mode. Short-press changes brightness and long-press cycles through modes.
The second kit has the same blue-ish hue (and washed out appearance) as the first, it looks very cold and almost slightly off-palette compared to numerous other IPS LCDs I have dealt with. It also has light bleed in the corners of the screen lens, which is only noticeable in dark environments but I have never seen bleed with any other SP LCD. It did not come with a foam insert and neither kit included any kind of adhesive to affix the LCD.
The touch pad flex cable can be a little annoying at times. It seems to activate on it's own and change modes when there is no touch but then can be difficult to get to detect actual touch input to cycle back to the desired setting. Seems like opening or changing position of hinge while on makes touch input activate unexpectedly. Wish it did not have this feature at all.
Overall, it works, it is bright and adjustable and the touch input may be a benefit for some who can't or don't solder. Other people have commented on how beautiful the screen looks. The lack of installation accessories (foam, adhesive) is unusual. The light bleed is a big disappointment but may only be present on white lens and only noticeable in dark. I give it a 6 out of 10. I would have happily went with a different LCD and separate white lens anyday. 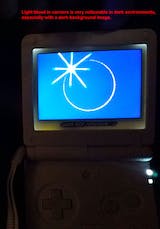 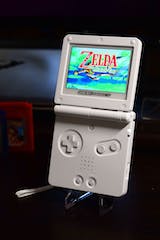 I thought this was just discounted because of the colour (which i love) but there's a couple things not included that are in the other IPS screen kits.
I was expecting the wire for the backlight controls, double sided tape and a foam backing to be included. I was able to reuse the foam from my original SP to make the screen fit snugly inside. Also the screen didn't have a protective film. Wasn't scratched but I was doubting if i forgot to remove it or not.

Our marketplace is open to all vendors and creators alike. If you would like more information, would like to give feedback or are interested in selling your produts on our site pleae contact us at: