Followed the installation video and had no drama. Was careful separating the diffuser from the LCD and used a Dremel tool to cut the sides of the diffuser for use in orienting the LCD. Orienting the LCD was still a little tricky. The only improvement to this mod that I can think of is making/adding an orienting bracket for the LCD screen so it doesn't move around during the assembly. Overall, I am very satisfied with this product. It works great!

Great quality and fits perfect into my TI-82&83 calculators! Had a lot of fun with this. 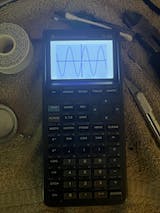 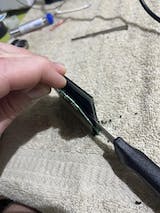 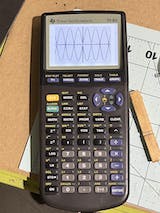 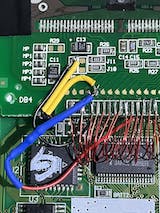 G
G.
Nice backlight, with some light leaks around the edges.

This was a relatively easy mod, aside from the removal of the diffuser that is glued to the back of the original LCD screen. That can actually be avoided, leaving the original diffuser attached, with some modifications to the reflector that houses the original backlight. I simply trimmed down the reflector around the bottom edge, which allowed me to reuse it to hold the new backlight in place. The reflector has a small lip at the bottom where it lays against the logic board. I trimmed that off so that it's flush with the brackets that allow you to attach it to the board. I then sanded the edges down and it provided just enough of a fit to go on without further modification. Overall, a good cheap solution to replacing the battery hungry backlight, extending the battery life of the console to roughly double.

The LCD backlight panel is very good for GGs with dead CFL backlights. I do not recommend removing the diffuser though; I suggest modifying the reflector to hold the backlight panel on top of the existing diffuser. Use nippers to remove the small plastic lip at the top of the diffuser so that the panel can rest against the case standoff, and split the reflector in two and use it just to hold the panel down (again using nippers or a hacksaw to flatten the reflector down a few mm). Anything you can do to avoid disturbing the LCD - do so!

This is a drop-in replacement for the factory fluorescent bulb and it works very well. I did not bother to separate the LCD screen from the factory diffuser. Instead, I just used kapton tape to hold this against the diffuser. I also did not reinstall the factory domed reflector. It's still plenty bright this way. Would recommend this product to all.