I got the blue light - it works fine, and is a good level of brightness. The color is a nice blue. That being said, it is a colored light in a clear plastic housing, the housing itself is not colored like the one in the display photo! That being said, still a good light, just not exactly what I thought I was getting. 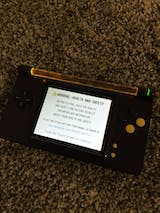