Yet another IPS LCD for the Game Boy Color with improved function. Backlight and illuminate your beloved childhood GBC with a modern IPS LCD with improved color, contrast and viewing angle.

Whats new with the V3 kit:

**PLEASE NOTE** Pre-milled Game Boy Color Shells from Funny Playing are not designed to fit this product. You may need to minimally modify the shell for a perfect fit**

﻿Aligning brackets can be found here

I installed this screen and I was extremely careful - I'm not new to doing these mods. It worked. The touch sensors worked. Everything seemed to fit in the shell I trimmed (barely but it did fit). A couple days later I go to switch it on and I can hear it power up and the game start but the screen is completely black.

I figure maybe I screwed the shell too tight. After all, it was a tight squeeze to get it all back in with the screen and circuit board included. I loosen the screws a bit. There's a gap now but whatever - it works.

It's the next day now and I'm having the same issues. Maybe there's a short. I don't know. I did everything according to instructions. I even carefully added a layer of electrical tape for extra protection.

I've seen other people complain about this specific screen so I don't think it's something I did. I'll gladly change my review if it turns out I screwed up somehow.

A
Andrew Cornelio
I got the wrong one

Ordered the IPS LCD Q5 but got this instead lol. For some reason, the case doesn't properly close when it was installed which I guess is probably my own user error but then a couple of days later started having some pixel problems where some were coming in and out. Would have preferred to receive the correct screen in the first place but I definitely wouldn't recommend this one anyway.

The hardest part of installing this mod was definitely cutting the shell to fit the screen. I'm not too impressed with the knowledge base guide in the description, it is very minimal. The guide linked doesn't even include where to put the alignment bracket or where to put the wires, and I didn't even realize the wiring to the buttons was a feature when I installed the screen (I just wondered why they included extra wires in the kit lol). Overall, the screen looks great and the 2 touch wires that came installed out of the box work well for color and brightness control. You can see the bottom of the screen through a clear shell, but that doesn't really bother me. Definitely recommend for anybody looking for a relatively easy mod! 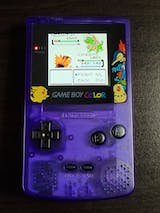 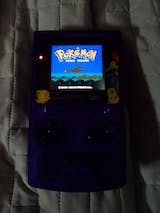 I personally didn’t experience any problems, and the display looks great in its shell! I have not used the FunnyPlaying display, but I was happy with this unbranded option.

It's been a week of me emailing about a damaged screen I received, it had a broken ribbon and got one response to about 7 emails asking if the part circled in the photo I sent was the problem and no other response, I'm giving them till 3/6/21 before I escalate this to paypal and taking my business else where.......👋

I've spent the last three days trying to get this mod to play nice, and I have yet to succeed. The case modifications on this mod are so extreme that it ruins any possibility of using it on a clear case, which was my first mistake. Because the daughterboard makes contact with the GPU, the entire thing has to be kapton taped in order to stop it from shorting, and even then the touch function tends to activate randomly. The instructions on wiring are non-existent, so if you're like me and you want very specific step-by-step guides, you're out of luck. Overall, this mod just feels clunky and unpleasant compared to some of the others I've tried, and I honestly can't recommend it. You're much better off going with a drop-in model.